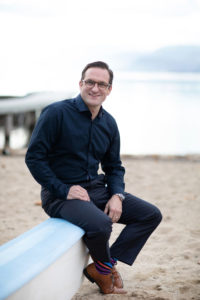 Kelowna’s Quincy Vrecko has been named the top sales agent for the month of October by RE/MAX Kelowna. He is also in the RE/MAX top 100 for Western Canada for September. Quincy specializes in luxury waterfront homes for Kelowna. He sold 20% of the entire single family residential waterfront market for the period Jan 1, 2012 to Oct 31, 2012. Within that number 37.5% of the Mission area waterfront homes were sold by Quincy Vrecko.
305 Sales for the month of October for the Central Okanagan are softer than last year’s 392, but year to date totals are higher with 3,447 sales vs. last year’s 3,164 sales. New listings for the month of October are down to 734 vs. last October’s 835 listings.

Of particular interest for Quincy, are the home sales over $1 Million. The luxury properties are down from 40 sales year-to-date to only 30 for this year-to-date. His focus will be moving those numbers up to lasts year’s target.
About Quincy Vrecko BC born and raised, Quincy got his drive from competing as a national level gymnast for 12 years, winning awards for the province. After retiring from gymnastics, his passion to succeed continued on in his sales career. Quincy spent some time in Calgary where he met his wife, and had 2 children before returning to BC. Now back home, he is focused on establishing a reliable business focused on customer satisfaction and honest hard work.

Quincy Vrecko is available for comment by contacting him at 250 863 8810 or by emailing quincy@quincyvrecko.com. The website is located at QuincyVrecko.com.