Central Green is located on the old Kelowna Secondary School location on Harvey Avenue and Richter Street in Kelowna. The original property was over 13 acres and featured Kelowna’s Senior Secondary School until it move to its new location beside Okanagan College on Raymer Ave in 2002. 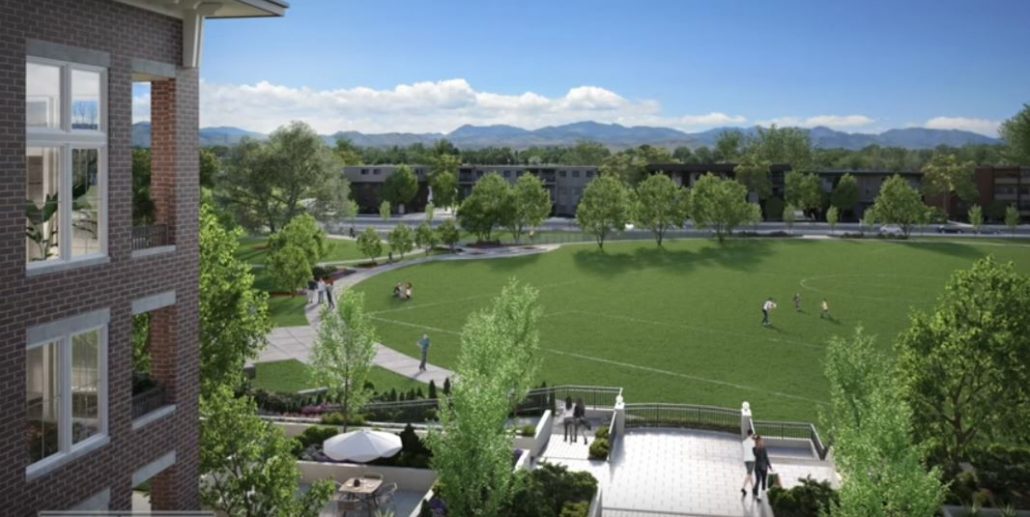 The Central Green site was originally slated for a large development featuring three high-rise towers up to 18 stories on Harvey with a 5 acre park on Rowcliffe Ave. The condominiums and townhouses in the towers would be complimented with low-rise developments in and around the park. This development unfortunately never made it to the construction stage as the market crashed in 2008 with the recession.

This approach for a planned community has become a big success as people value a more liveable neighbourhood. It is a well know with urban planners that city housing developments that follow height restriction of four stories make for much more liveable communities. With the opportunity to develop Kelowna townhomes at this central location the new master planned community is selling well.

Some key development features are:

View this short video on the Mission Groups building concept for the site. Currently selling are 9 townhomes at Parkview at Central Green. Prices for these townhomes start at $359,900 for a 2 bedroom townhouse.