Westcorp holds one of the true gems of the Okanagan with their Hotel & Residence project at the foot of Queensway in Kelowna. This project is on the site of the old Willow Inn and is currently functioning as a parking lot. This site and location is a big deal for the City of Kelowna and the downtown business community as it will set the tone for the style and type of development the city wants to see along its waterfront.

The location is absolutely fantastic as the waterfront parks have been undergoing upgrades and improvements for the past 10 years. Westcorp is responsible for building the new public wharf and marina for the city by Kerry Park and has development plans for greenspace and park in front of the Hotel that integrates with the public space between Bernard and Stewart Park.

This will also be next to the new Tourism Centre to be constructed on the waterfront beside the Kelowna Yacht Club Marina. The development plans for the project include street level retail with a parkade on the lower levels. The hotel will accommodate approximately 210 rooms with the upper floors dedicated to private residences.

Kelowna is long overdue for a new Hotel downtown and the demand for an upscale hotel and condominium development will be well received. Plans are underway for construction to start within the next 12 months. Currently the building is undergoing a Style & Design review to bring the site up to current trends.

We will keep you posted on the Kelowna condominium sales once they are announced by Westcorp. 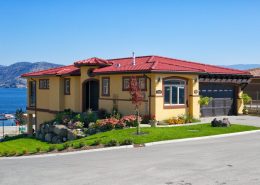 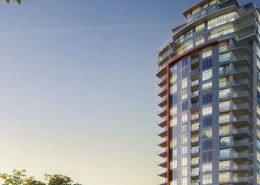